Q. Is this a real problem in Maryland? 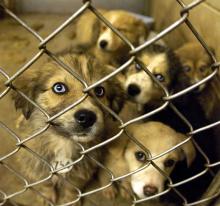 A. It’s an urgent problem when 96,000 cats, kittens, puppies, and dogs are taken in by Maryland’s animal shelters every year and half of those are euthanized.  Maryland needs a spay/neuter program to reduce the homeless pet population, reduce the need to destroy so many pets, and reduce taxpayer costs.

Q. Is there a solution to this problem?
A. Yes!  The solution has been recommended by the Spay/Neuter Task Force!  A voluntary low-cost spay/neuter program will reduce Maryland’s euthanasia rate and save money.  It is the most humane and cost-effective solution to this problem. That’s why so many other states already have a state spay/neuter program, and why other states have already started saving lives and saving money!  It’s time for Maryland to pass a spay/neuter bill and start saving lives and money in Maryland.

Q. What is the cost to taxpayers?
A. Maryland taxpayers are currently paying $8 to 9 million dollars every year to shelter and euthanize homeless pets. We are all paying for the neglect and irresponsibility of some pet owners.

Q. Will this program cost taxpayers more than they are already paying?
A. No. Subsidized state spay/neuter programs are proven to reduce shelter intake and euthanasia rates and to reduce the costs associated with unwanted homeless pets.

Q. I heard my taxes will go up on pet food, is that true?
A. No.  The Maryland progr 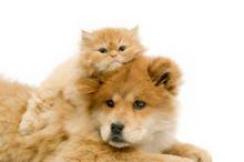 am is based on a fee on existing registrations collected by the Department of Agriculture from the manufacturers of pet food. Pet food manufacturer registration fees exist in every state in amounts that vary from state to state. It will not impact your taxes when you buy pet food.

Q. Won't the manufacturer just pass that on by raising the cost of my pet food?
A. The pet food industry in the United States is a $20 Billion dollar industry with good projections for continued growth and profit. If the pet food industry were to pass this on to Maryland consumers, the estimated trickle-down effect would be about 36 cents per year, per pet. That's a lot less than we're currently spending on intake and euthanasia of homeless pets.

Q. Does spay/neuter really work?
A. State spay/neuter programs are the most humane and cost-effective solution to this problem. These programs have a proven record of success in several states, with shelter populations and euthanasia rates dropping by double digits after states adopt well-funded programs like the one proposed in Maryland. The Maryland program is modeled on the most successful programs in the nation. 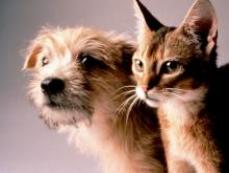 A.  The proposed Maryland program is modeled on the best and most successful programs in the nation, including the New Jersey and New Hampshire programs. The NJ and NH programs have seen a 61% and 77% decrease respectively in euthanasia rates after implementing state programs. Costs savings seen were approximately $3 saved for every $1 invested in spay/neuter programs.

Q. Shouldn’t spay/neuter be voluntary and not mandated by the government?
A. It is! The Maryland program is a voluntary spay/neuter program; voluntary programs are proven to work!

Q. Why doesn’t the government just prohibit people from having cats and dogs if they won’t
or can’t spay/neuter their pets?
A. People don’t want the government telling them whether or not they can have a pet.

Q. Can’t the government just make people adopt the cats and dogs in the shelters first if they
want a new pet?
A. People don’t want the government telling them where to get their next family pet.